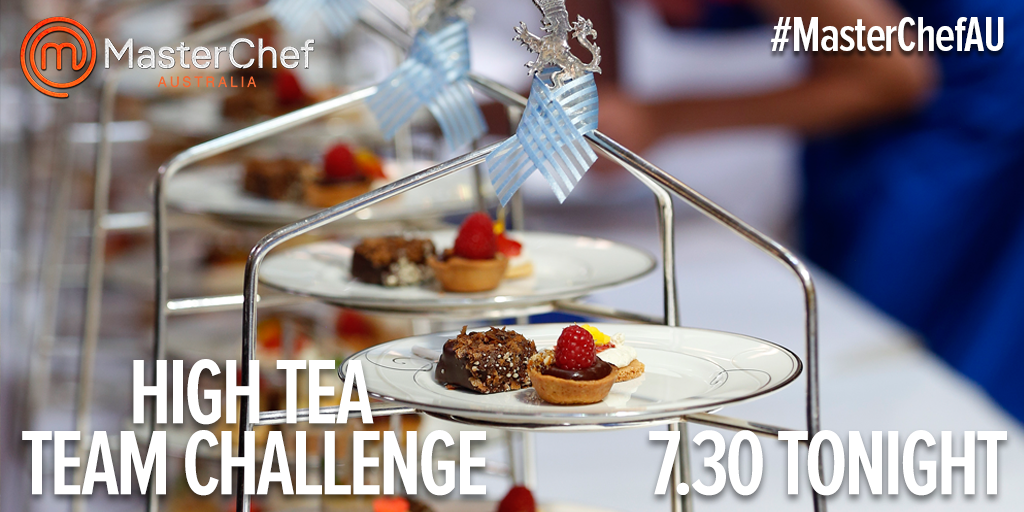 Reynold was professional and quick off the bat. He was organised and had his team working from the get go.

The blue team was:

The red team was:

The teams were pushing hard, it was a big ask. The teams had 3 hours to prepare 5 different pastries before heading to the Windsor Hotel and once they were there, they would have 30 minutes to plate up and serve. Both teams were struggling to get things done in the first 3 hours. They had to literally make hundreds of pastry bases.

The red team had issues. With 15 minutes to go, they were still cooking. Billie was having a hard time getting some of their tart shells out of the moulds. They scrapped the tarts and turned them into a crumb.

Blue team was running out of lemon curd. There wasn’t enough time to make more. They tried to take some of the lime curd out of the ones they had already made to even it out across all of them.

Both teams had to start packing up. It was chaos. The red team managed to drop a blender on a bunch of their cakes, they had to scrap 5 of them.

Whatever was not packed for transport was not allowed to come with them.

When they got to the hotel windsor, Matt checked his meringue, it didn’t “travel well” and the red team had to ditch them. The red team were in trouble, all the contestants on the red team had to finish assembling their dishes. Blue team was in a better position, they were plating up already. Some of their dishes weren’t as “refined” as they would have liked.

Blue team were first to start taking their stands of desserts out. All of the blue team had one stand each, the red team only had 3 stands done and only rose was free to bring them out.

The judges loved the look of the dishes. They started with the mousse popsicle. It had a nice crispy shell and the popping candy worked well. It was simple but perfect. The glazed raspberry profiterole looked really good, but the flavour was just “not bad”. The strawberry shortcake was delicious. The lime curd tapioca, the judges liked the sago, and the crunch at the bottom. The final item was a hazelnut praline tart, it was “not quite there”, the shell wasn’t cooked very well.

The red team were still struggling to get there dishes out. They weren’t happy with all their dishes either.

The judges tasted the red dishes. First was the Blackberry Verrine was ok, the blackberry flavour was good. The passionfruit curd meringue was nice, but the curd was not a curd. The chocolate tiramisu crumble was a good idea and the spiced carrot and orange cake was very dense but the rosemary shortbread with goats cheese was delicious.

The blue team won the Masterchef team challenge today. They had the best dishes by far.