Tonight’s Masterchef Elimination is Matthew, Reynold and Billie in a Marco Pierre White pressure test. The contestants have to keep up with Marco in a cooking challenge. There is no recipe, they just have to copy everything he does. 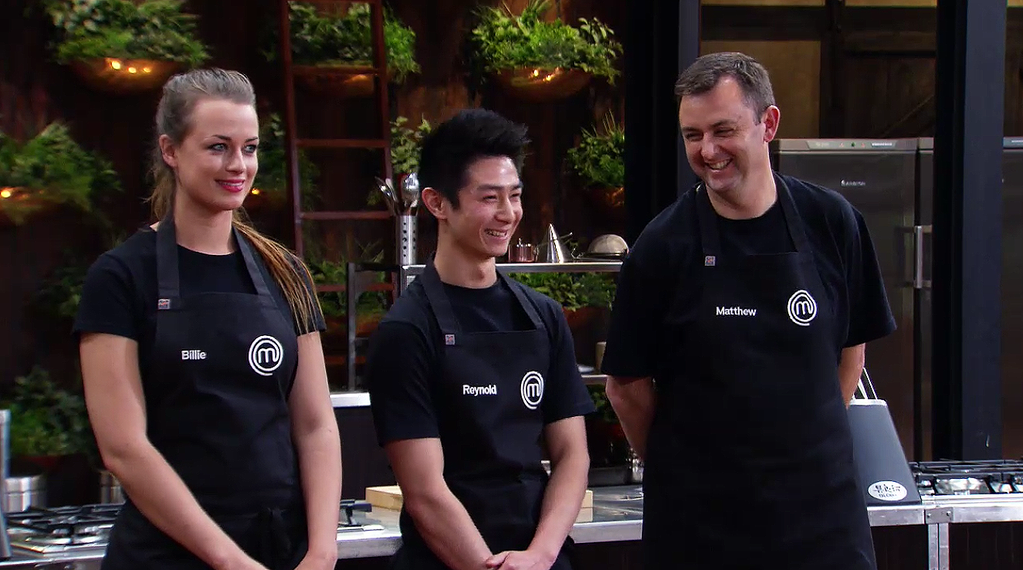 He was making a double lamb chop on a crepinette. The dish that was closest in presentation and taste will be safe. The two worst dishes will go straight into the elimination at the end of the week.

The first task was to butcher the lamb. Billie was doing well, she was amazingly keeping up with Marco. Matthew was falling behind, Marco was cutting a double chop. Billie and Matthew both only made a single chop, Reynold used the chop from the wrong end of the rack.

Marco wasn’t stopping, he moved on to preparing the chicken for the chicken mousse. Billie was redoing her lamb chop, she was in serious trouble. 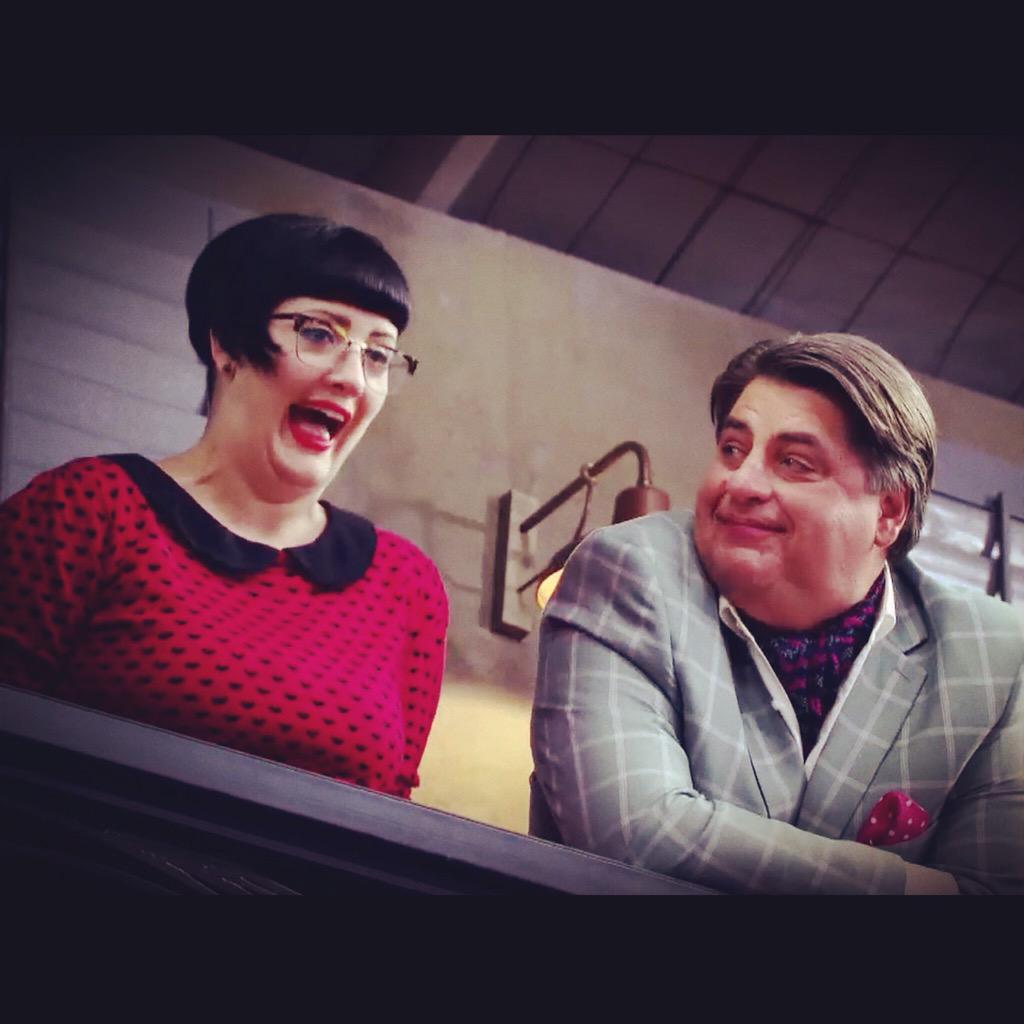 Reynold and Matthew were keeping up with Marco, but their chops were wrong. Billie was working as fast as she could, she was slowly catching up. The mousse had to go on top of the lamb, then wrapped in the crépinette. Marco inspected the lamb. He noticed Matthew only had a single chop, he said he was in trouble. Matthew realises he has made a mistake but has no time to re-do it. Reynold has left the wrong bone on his cutlet.

They begin preparing their garnishes. Billie has finally caught up. They are preparing the leeks and the asparagus. They also have to clean and trim their mushrooms. The lamb chop needs to go into the steamer. Reynold is starting to fall behind. Marco is telling him to hurry and the judges and other contestants are also calling out to him.

Matthew realises that he has used all of his truffle and he needs a little more. He picks some out from some he prepared earlier. It’s time to turn their lamb cutlets. They need to start cooking their leeks, one in butter and one in water. The contestants remove their lamb from the steamers, Matthew has forgotten about his so it may be overcooked. Reynold’s is not ready yet. They are finishing everything off in the frypan with the mushrooms, asparagus, leeks and lamb to caramelise it. Marco starts to assemble the dish, so do the contestants. Matthew is not happy with his plating up so he begins again. The challenge ends when Marco finishes so it was a big risk to re-plate, he may end up with nothing on his plate. Time is up.

Marco has a quick look at the contestant’s dishes and they go and look at his. It’s judging time. The judges need to taste Marco’s dish first so they can compare it with the contestants.

Billie’s dish is first to be tasted. They cut through the lamb and it is a little underdone. Marco says she has done a really good job, however her lamb was caramelised a little too much. Gary says she has done a great job. Matt questions the preparation of the white asparagus but says the dish is delicious. George says he likes it but there are a few tiny things that are not right.

The next dish to be tasted is Matthew’s. Matt likes the flavour of the sauce. Marco says he should have done a double cutlet instead of a single cutlet. He also notices the rushed presentation but commends him on trying so hard. George says there is too much butter in the sauce, but it is a fabulous effort overall.

Finally Reynold’s dish is to be tasted. Marco says his lamb is just a little bit overcooked and his leeks are as well, but it has a good flavour. George says he likes the mousse. Marco says it’s a fantastic effort. Gary loves the truffles.

Billie was safe from Masterchef elimination.

Matthew and Reynold will be going to elimination at the end of the week.

2 thoughts on “Masterchef Elimination… or not! Matthew vs Reynold vs Billie”