Tonight’s Masterchef Elimination is between Matthew, Jessica, Billie and Ashleigh. Who was eliminated from masterchef tonight? It was a pressure test, set by Darren Purchese, was a recipe called “Passion Flower”. 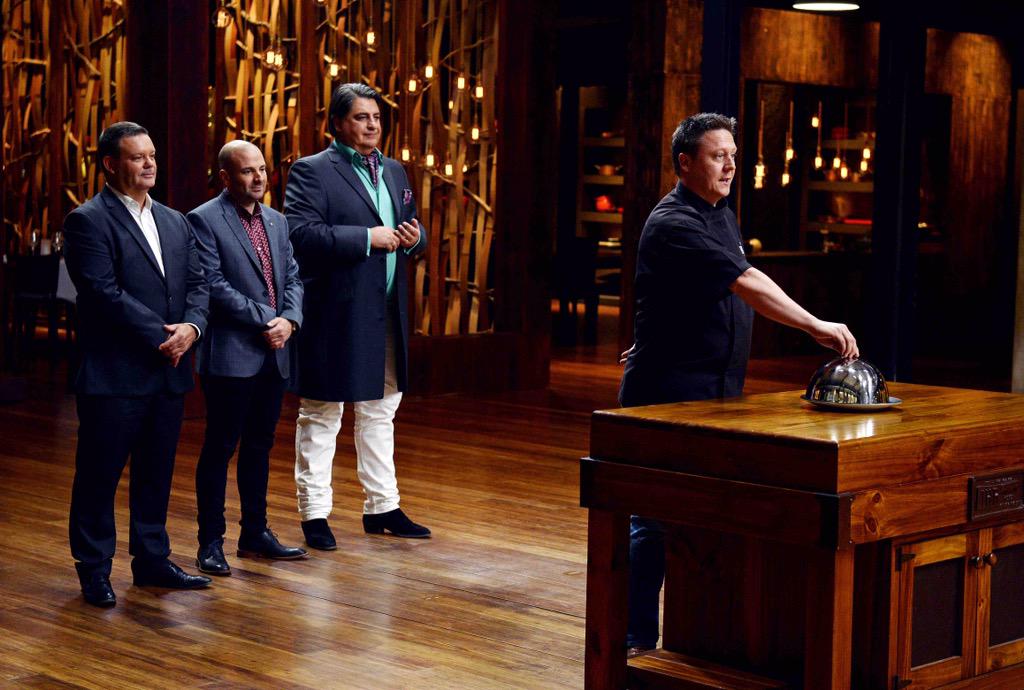 It was an intricate, delicate dish with many, many parts. The contestants will have 2 hours and 45 minutes to prepare and 10 minutes to plate up at the end. There were 12 different elements. The “flower” opens when the sauce is poured into the bowl.

The first thing the contestants had to make was the passionfruit dome in the center. It was made from 4 different elements, including a passionfruit puree. The mixture is poured into silicon moulds and into the freezer. Billie was first to get this element done, followed by Matt and Jessica. The coconut sponge was next. It provides a smooth texture to the crunchiness of the tuile. 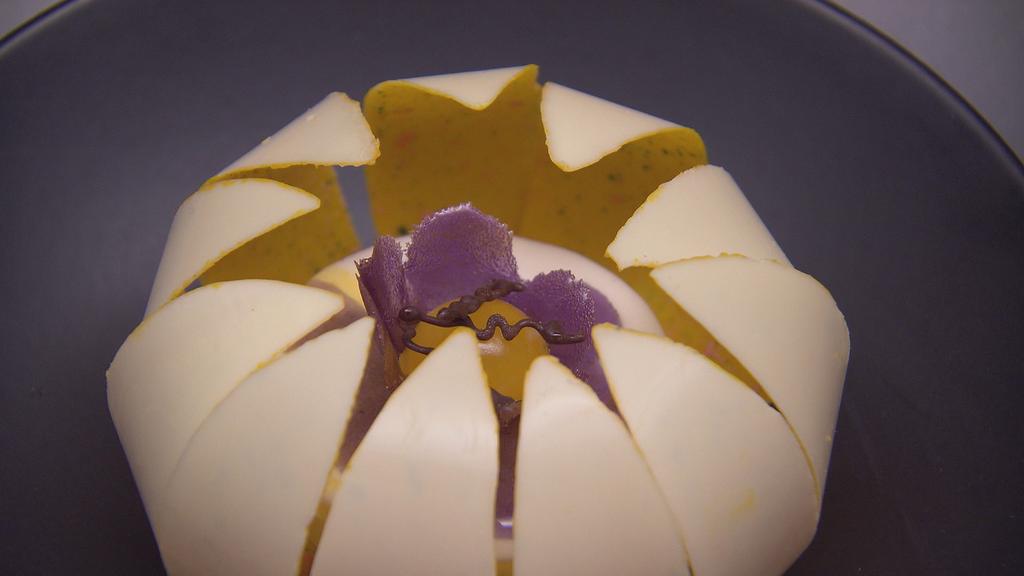 The coconut mousse was next. Billie was on to it. It was very complex, the mousse had to be brought up to an exact 85 degrees before taking it off and cooling it. Jessica turned her back to her mousse and it scrambled. She didn’t have time to redo this element, she was going to try and blitz it to get rid of the lumps. Jessica managed to get it back to a good texture.

Jessica was up to the violet sugar flowers. This element added a crunch to the dish. It was very technical, the sugar had to reach 154 degrees and then taken off the heat.

Ashleigh was struggling to get her sesame tuile right. It was taking up a lot of her time. She had to make them a third time.

Ashleigh is still struggling with her tuiles. They have not worked again. She decides to use them anyway.

Matthew and Billie have done their white chocolate petals although it looks as though Matthew has forgotten to put in his peppermint oil.

Jessica is still struggling and is getting frustrated, she is tempering her chocolate and so is Ashleigh. There is only 15 minutes remaining. Jessica has also missed the mint oil.

Matthew is overcooking his violet flowers and he is panicking. He puts another few in the oven but overcooks them again.

With only minutes to spare the contestants begin plating up their dish. Time is up. They have 10 minutes to assemble their dishes.

Billie is up first. Her dish looks great. She pours in her sauce and the flower petals open perfectly. Darren says it looks stunning and he is pleased she was able to complete all the elements. Darren says he is super impressed. George says the mint in the white chocolate is so important. Matt says it is a quality dish and she has set the benchmark.

The next dish belongs to Ashleigh. Her dish does not look at all like Darren’s. She pours in the sauce and the petals do not open, some of them fall down and most of them do not open. Ashleigh has to use her fingers to remove the petals that did not collapse on their own. Gary says he is not picking up the definition of the flavours. George says the mint flavour is missing.

Jessica is up next. She pours the sauce into the bowl and the petals all open except one. Gary says he noticed the layer of the sesame in this dish. Darren says he likes the passionfruit centre, he notices she has omitted the mint oil.

Finally Matthew is up. He breaks his chocolate collar while assembling his dish and he is unable to fix it. He finally manages to get 7 petals onto the plate. He pours on the sauce and the petals open. George says the mousse was really light and delicious. Darren says he notices the chocolate is not tempered properly.

It’s decision time. It looks as though it is between Ashleigh and Matthew. The dish of the day was Billie’s. Jessica’s dish also impressed the judges.

Both Ashleigh’s and Matthew’s dishes had flaws. Ashleigh is eliminated as her flower did not open.

Ashleigh was eliminated from Masterchef tonight.