Tonight’s Masterchef Elimination was accidentally spoiled before the episode aired. Who was eliminated from masterchef tonight? Scroll down to see. 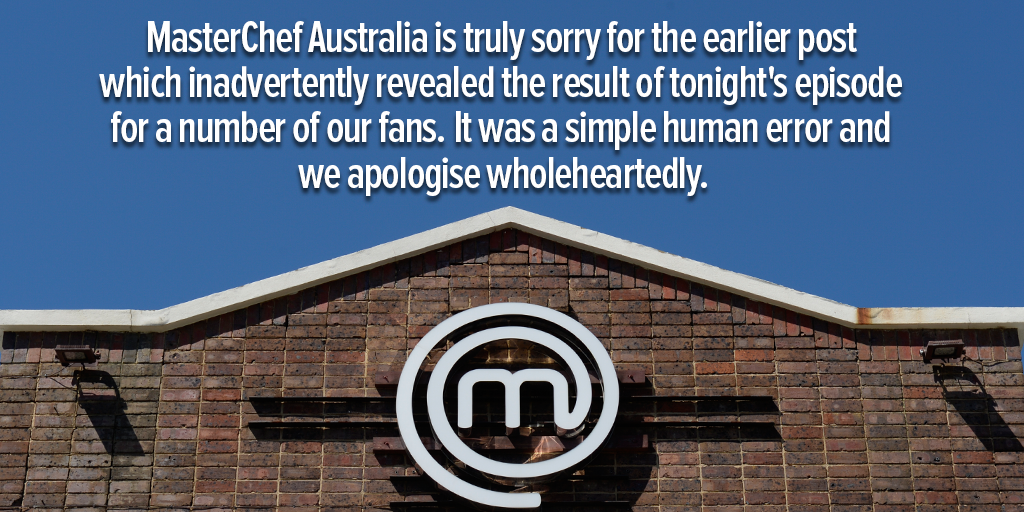 Masterchef apologised wholeheartedly immediately after they realised, but it was too late, the message was already out there. The twitter backlash was huge, especially since Channel 10 would seek damages if any of the contestants leaked the details. 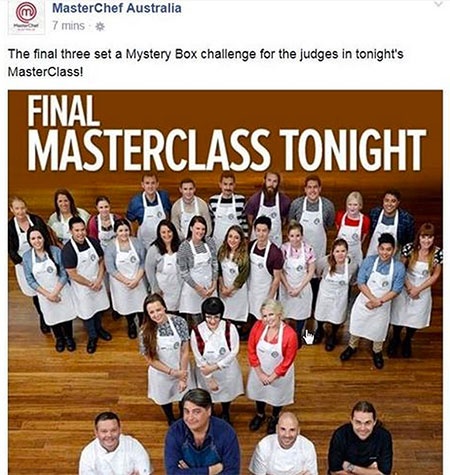 Reynold was eliminated from masterchef tonight in an accidental spoiler.

One thought on “Masterchef Elimination Spoiler Who was Eliminated Tonight?”