Tonight’s Masterchef Elimination is between Reynold, Jessica and Sara. It is a molecular gastronomy pressure test. The challenge was set by Gastro Park Sydney head chef Grant King. The contestants will be recreating a dish called “Liquid Butternut Gnocchi”. 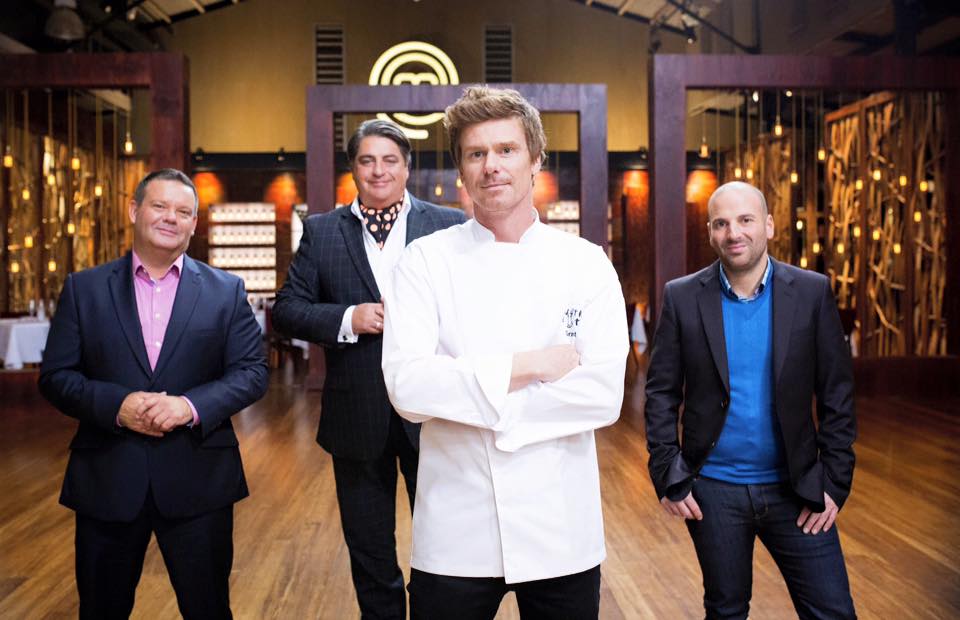 It had a lot of elements. Who is eliminated from Masterchef tonight? Let’s find out.

The contestants had 2 hours to recreate the dish and 5 minutes to plate up at the end.

The mushroom stock was was on. Jessica was ahead, followed by Sara, Reynold was taking his time to make sure he was getting the recipe right. He was falling behind, he was working very slowly. George came over and gave him a pep talk, he told him not to give up and focus. He fired up and started working faster.

Jessica and Sara were 2 steps ahead of him though.

Jessica was up to the brioche. She had made the dough and poured her milk in. Georgia was concerned the milk was too warm and it may have killed the yeast. Sara and Reynold did it the same.

None of the contestants had their brioche rise. Gary said it was because the milk was too hot when it was put in. Will they all start it again?

Reynold and Jessica decided to start it again. They put it in the mixer and move onto the next element. Jessica decided to grate her pumpkin instead of following the recipe, which says to dice it. Finally, Sara decides to remake her brioche, she is now fallen into last place.

Sara realises she has a bowl full of egg whites left. She was confused. They were supposed to go into the consommé but she didn’t know what they were for.

Jessica’s brioche is ready, it looks a lot better than the first batch.

Sara realises the egg whites was supposed to go in from the start. She separated the consommé into a smaller pot and added the egg whites, hopefully it will clarify in time, there was only 30 minutes to go.

Jessica was in the lead, she started blending her soup and was onto the gnocchi spheres. This was the hardest part of the recipe. She started trying to make the spheres but it wasn’t working. Could this be the shock elimination? Sara and Reynold weren’t up to this step yet.

Reynold says he has made spheres before. He knows that Jessica’s aren’t working as she has her mix at the wrong temperature. Jessica has seen that Reynold has cooled down his pumpkin mix so she decides to copy him. She tries to create her gnocchi again and this time it works better. Sara’s gnocchi are also odd shapes but she doesn’t have time to fix them.

There’s only one minute remaining. After time is up the contestants have 5 minutes to plate up.

Time is up and Reynold and Sara have both forgotten about their brioche cooking in the oven.

It’s time for the judges to taste the dishes. First up it’s Reynold’s dish. He is not happy with the colour or clarity of his consomme. Grant says the spheres are looking good. He says the gnocchi are tasty and a good size. Gary says the consomme is a little cloudy. Grant says he is disappointed that the brioche was left off the plate.

The final dish to be tasted belongs to Sara. She has only four misshapen spheres in her bowl. Matt says there are some good flavours in the mushroom chutney. Gary says her gnocchi were unseasoned and bland. Matt says there was no pumpkin flavour.

It’s obvious, one contestant did the worst job out of the three.

Sara was eliminated from Masterchef tonight