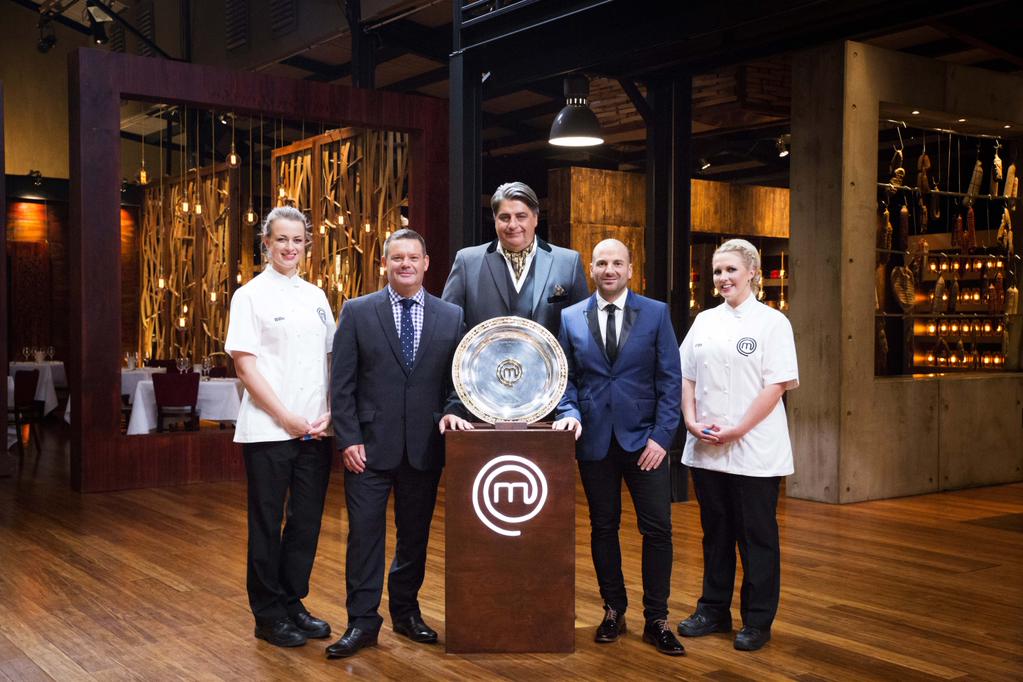 There will be three rounds tonight. Whoever has the most points at the end of the three rounds will the be masterchef 2015 winner. George, Matt and Gary will be the judges.

Round 1 will be a mystery box challenge. It was filled by fishermen and farmers. It contained Tomahawk steak, honey and honeycomb, strawberries, mushrooms, goats cheese, Yakon, Daintree vanilla, pear cider, and pineapple sage. Billie and Georgia had 1 hour to cook a dish and 30 points were up for grabs. 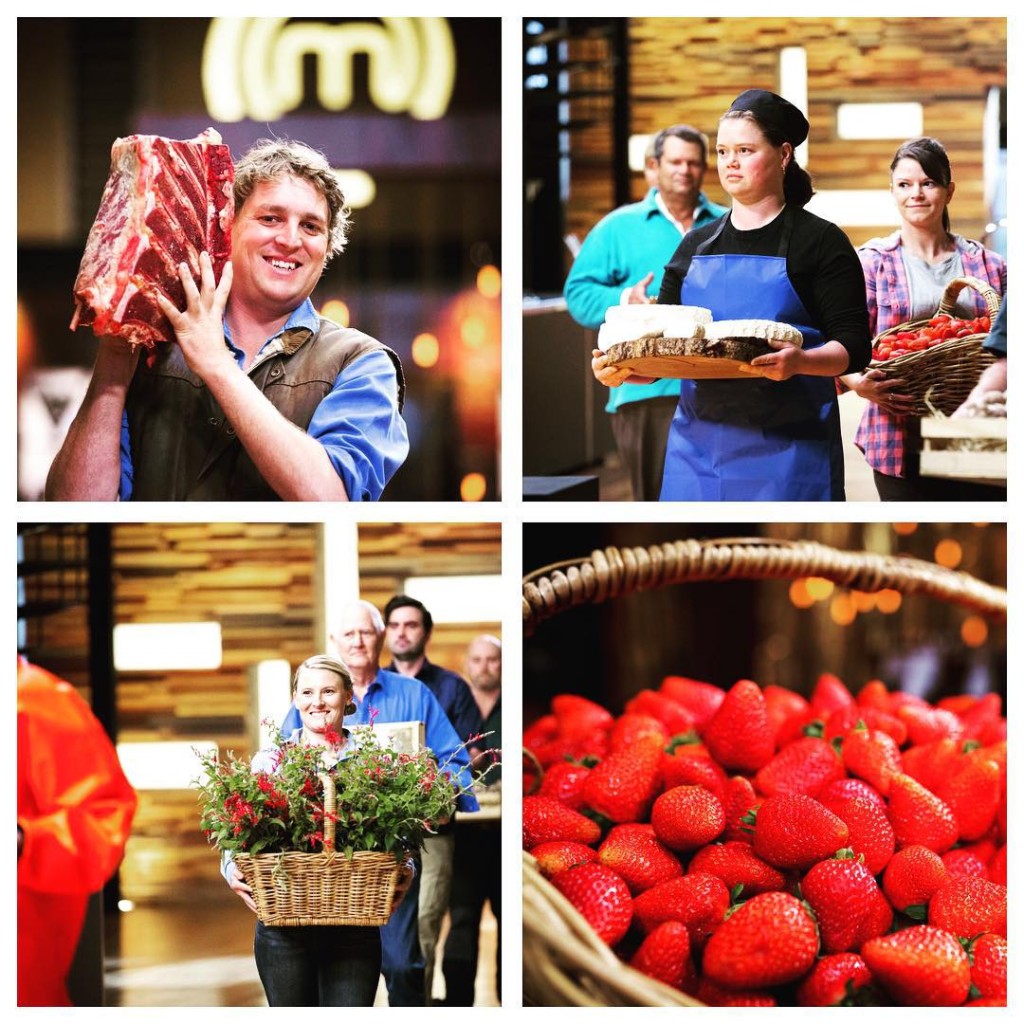 The judges come over to Georgia’s station. Gary and George both say, they haven’t had a good sweet ravioli before, they were questioning whether it will work. Georgia decided to continue anyway, she had to take the risk and make it work.

Billie had her strawberries baking in the oven and puts her parfait into a mould and into the blast chiller. Matt came over to her station and asked if she was pushing herself. She needed to do more. She decided to add some extra elements. She made some pineapple sage sugar and a caramel. She was multitasking like crazy. There was 10 minutes to go.

Georgia started making her ravioli, it just contained goats cheese, her pasta was a bit thick, but hoped it would be ok.

With 5 minutes to go, it was time to start plating up. Georgia put her ravioli in the pot and Billie was taking her parfaits out of the freezer. She was debating how to plate up the dish. She made so many elements she wasn’t sure how to do it.

1 minute to go. The ex-contestants were counting down. Both of them got their elements on the dish. 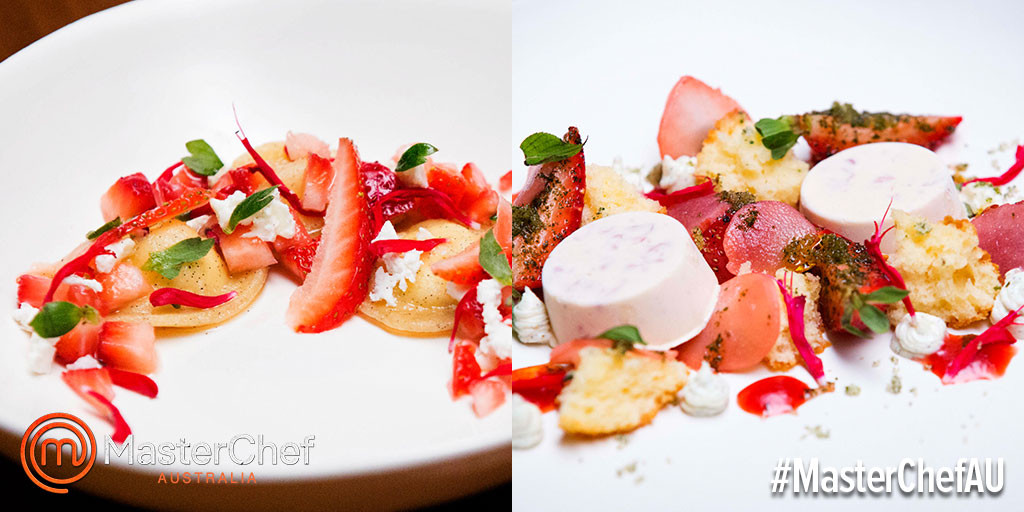 Gary couldn’t pick the flavour in the parfait, George said there were a lot of good, different textures. Matt said all the elements didn’t talk to each other in the dish.

Gary said he’s not convinced with sweet pasta dishes. He said what she managed to do was add the vanilla to the pasta which changed the dish. George said it was clever to make a “warm salad” by using ravioli.

Geogia was in the lead.

George announced that it was a special day, and so they had some special guests. It was Billie and Georgia’s families. The contestants have 90 minutes and an open pantry. They had to cook 6 dishes, 3 for the judges and 3 for their family.

Billie was making scallops with a fennel cream, orange and ginger and some spiced nuts and Georgia was making mushroom custard, sauteed mushrooms and a hazelnut cream. Gary and George came over to Billie’s station and again, questioned whether she was being too simple. She was going to add some roasted ginger.

Georgia was putting some poppy seeds to her dish. She was putting her mushroom puree into some moulds and into the oven.

There was 10 minutes to go. Gary asks Georgia what her oven was on and looked like it might be a bit high. She took them out. and put them in the chiller. They worked.

It was a rush to plate up all the dishes, but they got there. Billie wasn’t happy with the presentation of her dish, she had spent too much time making sure the scallops were cooked perfectly.

Billie’s dish was first to be tasted. Matt said the textures were great. His favourite thing was the puree, it was silky smooth. Gary said it has “bags of flavour”. George finished it all.

Next was Georgia’s mushroom custard. Her family loved it. Matt also loved it, it had “loads of different mushrooms in loads of different ways”. Gary said it was “earthy and interesting”. George said it just goes to show you can make a plate with no meat on it.

Georgia was the winner of round 2.

It is the final round, who will win Masterchef 2015? The final round is a pressure test by Heston Blumenthal. It is the longest recipe ever used in a pressure test. Heston reveals the dish he has made, it was called “Botrytis Cinerea”. It has a cheese soil, a peach jelly, red grape in nitrogen, aerated saffron, a chocolate sphere filled with pear caramel and popping candy and the list goes on. Heston says this recipe has 55 stages. Ignore the recipe at your peril is his warning. The most difficult components are the food gel and the chocolate sphere and the sugar ball. This seems to be the toughest pressure test ever on Masterchef. The contestants have 5 hours to complete the preparation and 15 minutes to assemble the dish. 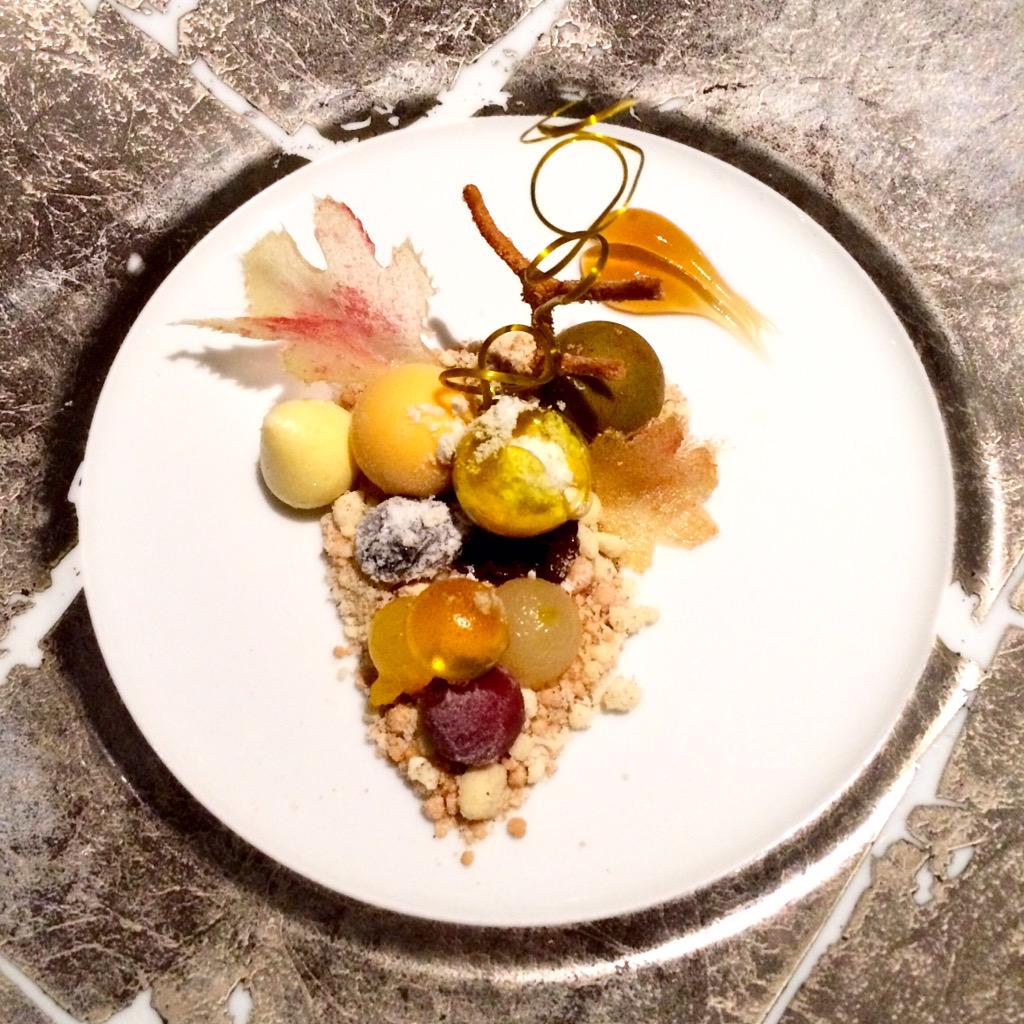 Their time has begun. Georgia is already looking flustered as she reads through the recipe. Billie is being quite precise with measuring the ingredients for the recipe. Billie and Georgia seem to be working at the same sphere, and they have both completed the first element. Gary calls out to them that they are behind schedule, and if they don’t hurry up then they won’t finish.

It was intense, Georgia was flustered, she was trying to keep her station clean. George came over and told her to stop worrying about Billie and take two minutes to breath. Billie was cool and calm, she was getting through the elements one at a time.  She was good at multitasking and was smashing through the recipe. Georgia was struggling behind. It was half way.

Georgia was making her gel, but on the way to the fridge she spilled it on the floor. She had to clean it up, but couldn’t afford to do it again. She put what was left in the fridge and hoped there would be enough. She broke down and cried. George came over again and gave her another talk.

Georgia picked up momentum, there was an hour to go and she started cooking really fast. Billie was onto her popping candy spheres. They came out of the mould beautifully. She was up to the sugar ball. This was the hardest part. she put on her gloves and goggles. She started pulling apart the sugar until it was shiny, it was just like blowing glass. She broke the first one. Heston said it usually takes 3 days for a chef to perfect it. After 40 minutes, she finally got the sphere to work but then it cracked. It was heart breaking. She was so disappointed. Somehow, she got the courage to try again, she finally got one of the spheres out.

It was Georgia’s turn to do the sphere. She only had 5 minutes but had other elements to do. She decided to ditch the sugar ball and work on here other spheres.

Billie was first to plate up. She had all the elements on the dish. Heston was “a little bit gobsmacked” the gels were done brilliantly, comparable to his. Heston said “whatever happens, she has a big future ahead of her”. Matt said it was the best cook he had seen in the Masterchef kitchen.

Next was Georgia’s dish. She put an extra popping candy sphere to balance the missing sugar ball. Heston said, when you put all the elements together, they balance. George said there was a couple of issues, the sugar sphere was missing and the gel was grainy. Matt said the flavours were great, but there were some significant errors on the plate. Gary questioned whether she still has a lead.

Billie is the winner of masterchef 2015