Tonight’s Masterchef team challenge was to cater for a 60th wedding anniversary. The couple renewed their vows in front of friends and family and the teams had to cook the entree, main course, dessert and cake.

The teams had to cook one entree each, the blue team made a pumpkin tortellini with a leek soup. The red team made john dory with a vinegarette sauce and radish and fennel salad.

During the prep of the entree Brent started feeling light headed and had to sit out of the cook. The blue team had to rearrange themselves and start Brent’s dish again.

For the cake dish, blue team made a vanilla sponge, Emelia and Colin were responsible for cooking it.

The red team made a vanilla bottom cake and an almond and lemon top cake. Tash and Georgia were the ones making the cake.

The blue team’s entree was “absolutely delicious”. All the judges loved it. The red team’s John Dory was cooked perfectly and the dish was full of flavour. The salad “looked better than it tasted”. Matt Preston was leaning toward the blue team’s entree.

Next up was mains. The blue team made a braised beef cheek with eye fillet and parsnip crisps. The red team made a chicken roulade stuffed with lentins with thyme.

Ben took his eyes off the roulades for a minute and ended up burning a few. The blue team was a bit lost during main. Service was up and the red team’s dishes were ready to go out but blue team was nowhere near ready. Their sauce was runny and it was missing some elements

The red team’s chicken roulade was “absolutely delicious” the sauce was rich and the potatoes were nice and crispy. The chicken roulade itself was a bit overcooked but the sweetness of the currents inside the roulade gave the dish a nice sweetness.

The blue team’s dish was not very exciting. The cheeks were braised beautifully but the sauce wasn’t very good. It didn’t work together and Matt Preston said “if you don’t have anything nice to say, say nothing at all”. The dish was a bit of a failure.

It was down to the cakes. The blue team’s cake looked amazing. The red team’s cake was a bit messy and the icing was cracked. Although they could see the flaws, the cake looked good, the couple thought it was “absolutely beautiful” 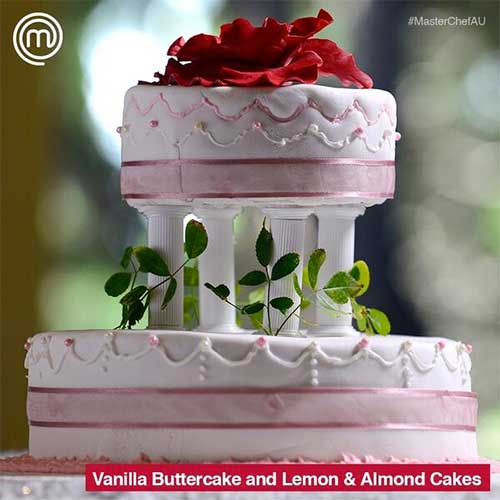 The red team’s cake was first to be judged. The piping could have been a bit better but it tasted great and was perfect for the occasion. The lemon cake was the winner, it had the “true taste of lemon”. 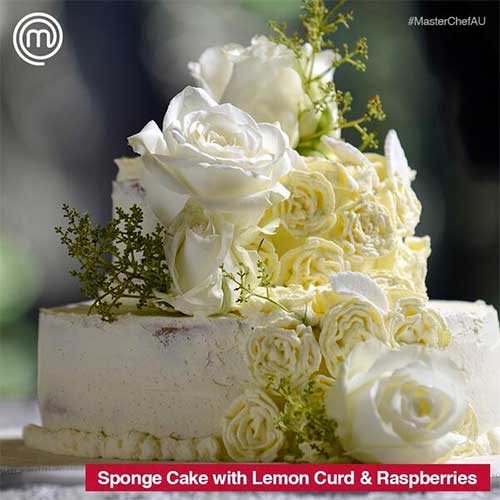 Finally it was the blue team’s cake to be judged. The cake was decorated beautifully and tied into the table setting. There was a bit of trouble with the icing not covering the cake completely in some places. It tasted beautiful and light but it was a little eggy. The lemon curd and the raspberries were delicious.

The red team was the winners today. The following contestants were going to elimination: