What was in the Masterchef immunity challenge tonight? Colin, Amy and Georgia fought it out to have the chance to cook off for immunity.

First round, the contestants could good whatever they liked, but, they had to choose their “weapon of choice”. George had three boxes with cooking tools in there, a blow torch, a smoke gun and a foam gun. They did the knife pulling test to decide the order the contestants would choose.

Georgia chose the first knife and picked the blow torch. Amy was next and chose the smoking gun so Colin got the foam gun. He had used one many years ago to make whipped cream.

The masterchef contestants have 45 minutes with free run of the pantry but only had 1 trip.

Amy chose scallops, Colin chose potatoes and seafood to make “potato clams”. Georgia was last to leave the pantry she was making a tapioca dish.

Georgia was struggling with the blow torch cooking her meringue and sugar wafers. 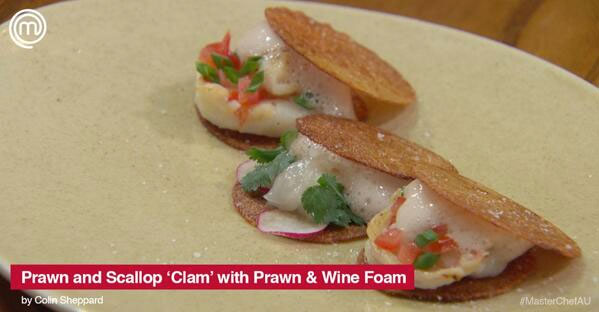 Colin cooked prawn and scallop clams with prawn and wine foam. The chips were brown and overcooked but the judges loved the concept. 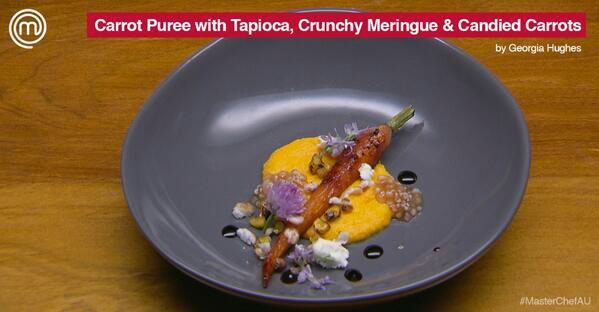 Georgia cooked candied carrot. The look was “beautiful” and “really delicate”. Gary thought the blow torch wasn’t really shown off enough. The puree and the carrot were too similar in taste. The commended her on being creative. 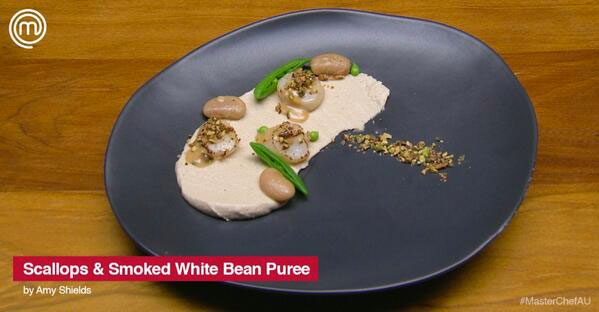 Amy’s dish was next. Kylie Kwong loved the composition. She liked the smokiness in the puree, the scallops were cooked perfectly. Matt loved the flavour of smokey bacon puree and thought it was the best dish she had cooked in the competition and the other judges agreed.

Amy won the first round in the immunity challenge. 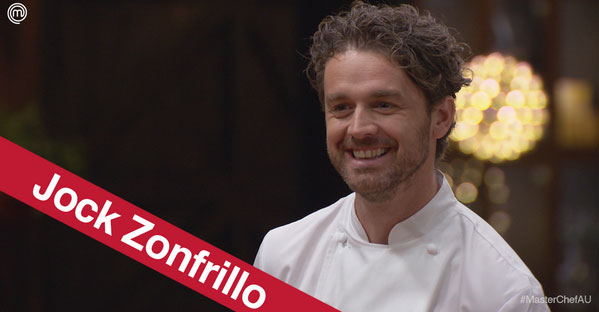 Two sets of ingredients were on offer, the prince and the pauper. The prince had champagne, quail, and other expensive foods. The pauper had things like native berries, leather jacket, pumpkin, turnips, offal and several other “pauper” ingredients.

Amy had a choice, if she chose the ingredients, she will have 15 minutes less to cook. She let the guest chef choose and he chose the pauper.

Amy chose to cook the leather jacket. She hadn’t cooked with it before but decided to give it a go. Jock cooked quandong in vinegar with beef.

Amy’s dish was first to be judged, pan fried leather jacket with apple and raspberry sauce. The fish was really well cooked . It had really good, sound flavours. It was “food for a king”.

Next up was Jock’s dish. “Roast beef” and pumpkin with native succulents. The roast beef flavour came from the roasted beef fat. The judges loved the presentation of the dish. It smelled like roast beef even though the beef was raw. It was one of the most beautiful dishes Gary has seen in a long time.