Byron Finnerty joined the Masterchef 2014 competition as a 27 year old deckhand from Victoria. His goal is to cook alongside his favourite chef, Ferran Adrià, from the Michelin starred restaurant elBulli in Spain. Along with Sarah, he is also a former model, however has tried to keep this secret from the public. 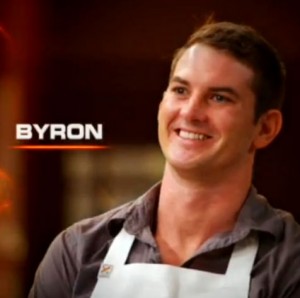